I’m super excited for our first article (if I can call it that) into a Nanny’s Life.
(Side note: I’m currently sitting in Panera enjoying hot soup and coffee. I feel so chic writing at the table in the corner by the window, lol!)
I wanted to start us off by answering the question: how do you become a nanny??

My journey into “nanny-hood” actual started when I was fourteen or fifteen. I have always loved kids (of all ages) and have wanted to be a mom since… Well forever! (I still hope to be a mom someday) I’ve done church nursery work, Awana, VBS and babysitting since I was old enough and have always felt like kids were my calling. (I’m more comfortable around little minds- even middle school minds, than I am among my peers.) But at fourteen or fifteen I thought I needed to pick a career. After all, as soon as high school was over I’d be expected to “do something”. (And it seemed very unlikely I’d be married at eighteen- Reality had finally clicked in!)
Going to college has never, ever appealed to me. Maybe because everyone (except my parents) was telling me I needed to go, or maybe because everyone goes to college and it seemed to me if I wanted to stand out I should think outside the box. Anyway college was never really an option for me. Of course this road only leaves so many career paths. (Engineering and brain surgery were definitely out) That’s when I started to look at unique careers and stumbled across an ad for a nanny.
It was like a light clicked on inside my brain. A nanny… A live-in nanny! What could be better than that? It was babysitting on steroids! It was literally a dream job!
Well my eighteenth birthday rolled along and, to be completely honest, I was not mentally ready to leave the safety of my parent’s home. Maybe there are some people who are ready to be out on their own immediately after they turn the magic number of eighteen, but I was not one of them. My parents, because they’re totally awesome, said I could stay as long as I needed to.
And so I got a job at hospital… Two and 1/2 years pass and it was like a small voice was telling me to move; that it was time to do “the something”. On a fluke really, I decided to open an account on indeed.com (I had seen their commercials on TV. Especially the one about the girl who never went college) and give it a try. The very first ad I saw was for a family in Milwaukee,WI who were looking for a Christian nanny.
How perfect was that? Milwaukee was only fours away from my family and they were looking for a Christian nanny!

Obviously I applied… And was told they had already hired someone else… Maybe I wasn’t meant to be a nanny.

I looked at other ads but none of them caught my eye. And yet I still had this urge to move. So I started filling out the paper work to take classes at the hospital I worked for to become a CNA. I was just about to turn in paperwork when the family in Wisconsin re-contacted me and asked if I was still interested. I had a phone interview, a live interview, was offered the job and accepted. By January 2018 I was a nanny!
To be continued. (This was turning into a longer post than anticipated. Next week I’ll give you guys some tips on applying to a nanny position, interviewing and what to look for in a nanny ad) 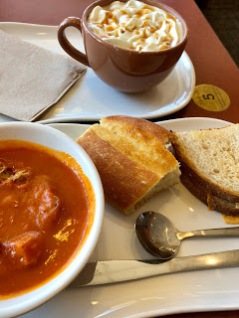 You didn’t believe me at first did you?
Lots of loves,
Tally
P.S. If you have any questions feel free to email me or to leave a comment down below and at any of my social media accounts.
Facebook: A Nanny’s Notebook
Instagram: @nannysnotebook
Twitter: @RagsdaleTally
Pinterest: A Nanny’s Notebook

2 thoughts on “How to Become a Nanny? Prt. One”