Awhile back I shared with you guys my favorite reads, this time we’re gonna talk movies!
Below are my Top Six favorite movies of all time. (Movies I could watch again and again and again)

Nothing gets better than Cary Grant, Kathrine Hepburn and Jimmy Stewart, one-lining each other into oblivion. This film (which was based off a play by the same title) is a classic. It’s straight up drama and the dialogue is flawless. This is my #1 favorite film! (And Dad I liked it first!)
If you haven’t seen it buy it. If you’re not into black and white movies-Buy it! Best. Movie. EVER. (Added note: I can totally do Hepburn’s condescending laugh)
2. Sahara 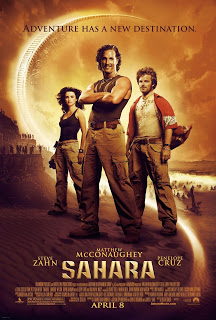 Ignore what the critics say on this one folks. If you want a funny, action packed buddy movie than look no further. I literally watch this movie just for the moments between Dirk and Al.
3. Lost in Space (1998) 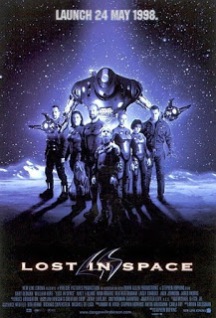 Here I go again ignoring the critics with my third pick. I grew up watching this movie with my family and still love it till this day. True there are some bad lines and a few (very few) poor acting moments, but over all this movie is great.
I love “Lost in Space” as a rule, so when Netflix released it’s reboot I was looking to be disappointed… Yeah I wasn’t disappointed. It’s also really good and deserves a watch.
4. To Have and Have Not

If I’m being totally honest all of Boogie’s movies could have made this list, as he’s my favorite actor of all time. But if I had to choose just one it would be this classic. The acting is flawless, the story is intelligent and Boogie and Becall are prefect. Considering that this was her first film and that they fell in love on set, eventually marrying each other is just icing on the cake.
5. A Quiet Place

I love, love, LOVE scary movies. Not horror movies- Scary movies. Thrillers like Signs, Village, I Am Legend, Sixth Sense, World War Z… (okay so the last one is more of a horror flick but I liked it) So when I saw the trailers for A Quiet Place I was soooo excited! And it is probably one of the best movies ever. Again I love it when the couple in the movie is actually married in real life, but on top of that (and my love for Emily Blunt) the story is flawless. It doesn’t overload you with a lot of info (a lot like Signs) and just gives you the perspective of one family. If you dig good scares and great plots this one’s for you.
6. Pride and Prejudice (2005)

Now you who love the 8 hour, Colin Firth version don’t shoot me! I just don’t. Never have. I would much rather watch Joe Wright’s interpretation even if it’s not exactly like the book. The chemistry between Keira Knightly and Matthew McFadden is undeniable no matter what you think of them as actors. (And to be honest I like both of them)  Of course if I watch this movie I have to watch Sense and Sensibility (1995), Emma (1996), Northanger Abbey (2007), Miss Potter (2006), North&South (2004) and so and so.
Okay I know I promised only six picks but I feel like I’ve left out a whole genre of film that I love.
7. Gladiator

I love Ridley Scott movies and Russel Crowe. Gladiator is undoubtedly my favorite but I could watch Master and Commander or Robin Hood too. (I blame my Dad for this) Other films that fall into this category are Patriot, War Horse, Last of the Mohicans.
So there you have it! My favorite movies though this really doesn’t even touch the surface of I movies I enjoy and could easily rewatch.
Let me know what your favs are and if we have any in common! (Seriously I’d love to know)
Lots of loves,
Tally
Facebook: A Nanny’s Notebook
Instagram: @nannysnotebook
Twitter: @RagsdaleTally
Pinterest: A Nanny’s Notebook