Saturday June 15th, 2019
We loaded up and headed to Ohare’s international terminal. Where we were a little too eager and had to wait for our station to open, but this ended up working in our favor as we were only forth in line behind a very sweet and little Irish woman. She asked us all about our trip and told us all about hers. It was a very good start to the day.
Next came the 6 1/2 hour flight to Dublin, which was unremarkable (thank goodness) and we landed at 530 am Sunday June 16th. By the time we got through customs and got our bags it 600 am.

Sunday June 16th, 2019
It was then I realized I had blundered our Teddy, so our WiFi wasn’t working. I was able to get a hold of their 24/7 help line and while they could easily fix the problem it would take all day to reset. But that’s fine right? We can survive one day without WiFi. (This is foreshadowing for later)
We took one of the many buses from the airport to the city center. Tay wanted to sit on the upper deck, which was fine I thought. When I attempted to come back down the steps I missed two and almost fell the rest of the way down. Thankfully I caught myself and it gave the rest of the passengers something to giggle about.

Our hotel, the Dublin Central Inn on Talbot Street, was a hole in the wall place, literally, but the staff was very helpful and it was clean. Our room ended up beginning street side and newly remodeled so it was nice. However if nosies effect your sleep, Tay and I were fine, than that room wouldn’t have been for you. You could hear everything on the street below, especially a group of partying Irish at 3am. Like I said we didn’t mind, it was immersing us in the cultural.
Anyway we dumped our bags off and went in search of breakfast! Just down the street from our hotel was a quaint coffee shop,  Esquires Coffee. I don’t know if this is a general rule in Ireland, but they don’t like being asked what they recommend. I’ve gotten in the habit when trying new restaurants to ask the waiter/server what they recommend since it tends to be better and more unique than what I’d choose… Yeah the Irish don’t like that. So after we offended our waiter we ordered an Irish breakfast and coffee to share. They coffee was nice and hot, but the breakfast didn’t impress either of us. At least we can say we tried it. 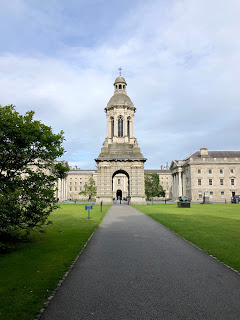 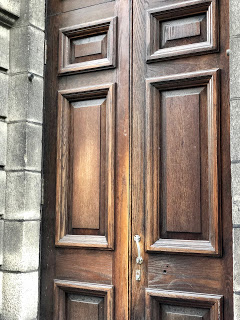 Early Sunday morning not much was open yet so we ducked into sleeping Trinity College (gorgeous by the way) and then meandered up and down Dublin’s poky, cobbled stoned streets, In time things began to open and the place came alive with people. We did the sighting see bit but mostly had fun watching the people and ducking in and out of shops. Our favorite place however was Stephen’s Green and I think you’ll agree it’s not hard to see why. 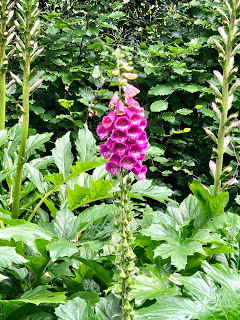 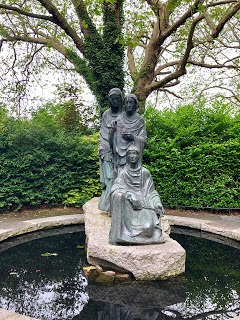 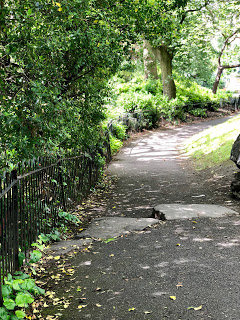 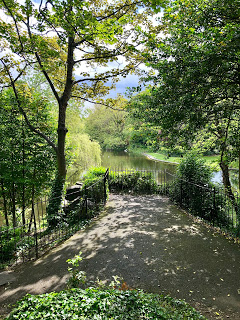 Next came Christ Church Cathedral and Dublin Castle, where we stopped to hear some folk singers. 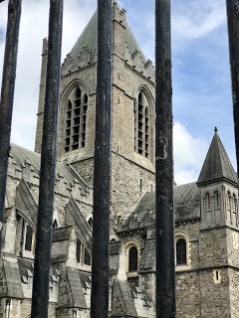 By 3pm we were wiped out and headed back to our room to take a nap.

That night, after are nice nap, we walked down the River Eerie to the oldest pub in Ireland, the Brazen Head. A most if you ever visit Dublin. Book the evening of folklore and fairy stories in advance if you can. The evening started with our storyteller Jimmy giving us a brief history of Ireland and it’s people, then our first course. I had an amazing grilled chicken salad, while Tay opted for the pee soup which was also amazing. The second session began with a history of fairy stories and where they came from followed by the main course. Tay got Irish Stew with lamb and of course mashed potatoes. And I got the ham and cabbage- Oh my gosh was it good! Two scoops of mashed potatoes covered in a thick cut of ham topped with an amazing white cream sauce with a side of sweet potatoes and cabbage. While we were feasting Dave and… I’ve forgotten the other guy’s name serenaded us with drinking songs! We  almost ended up laughing and clapping along more than eating…. Almost. (Wink) Finally Jimmy told us a few classic Irish stories  while we had coffee and desert. (Tay the chocolate cake and me the apple pie) That night we walked back to our room with very full stomachs and hearts.